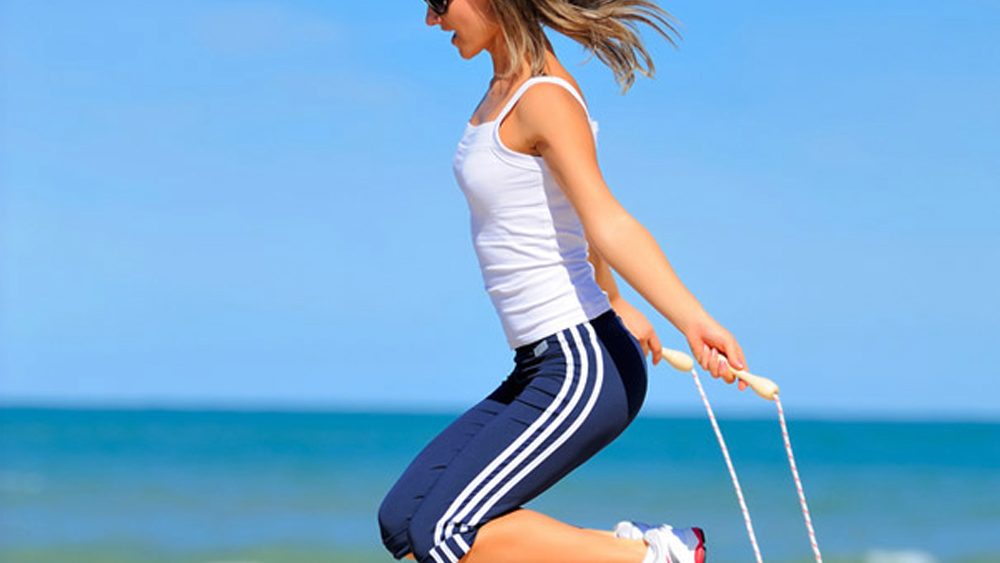 Exercise obviously benefits your health in many ways—from cardiovascular conditioning and  weight-loss to toning muscles and improving mood—but did you know it also plays a crucial role in keeping your bones healthy? Like muscle, bone is living tissue that responds to exercise by becoming stronger. Those who exercise generally achieve greater bone mass than those who don’t. Therefore, it makes sense to incorporate exercise into your routine to keep your frame strong and stable.

Traditionally, weight-bearing exercises like jogging, stair climbing, walking, and dancing paired with resistance exercise like strength training and calisthenics were considered the gold standard in maintaining bone mass. However, some fascinating research has emerged that puts jumping at the very top of the heap for growing healthy bones!

Jumping? How can that be?

According to researchers quoted in a New York Times “Well” blog post from 2009, bone receives a message to strengthen itself by means not previously understood to be the case. During only very specific kinds of exercise, bone bends and squeezes fluids from one part of the bone matrix to another. Cells bathed in this fluid then respond by adding denser bone.

The trick is that only certain types of exercise bend bones enough to cause fluid to move. Scientists have begun to agree that large forces in big bursts are key to this process. Your bone needs a fast and forceful signal to respond! That means weight lifting and swimming don’t work. Running and brisk (truly brisk!) walking can be beneficial, but they don’t necessarily work for everyone. However, studies in Malaysia in which mice jumped up and down 40 times during a week resulted in a significant increase in bone density after four months—a gain they maintained by hopping up and down only about half that many times each subsequent week.

There’s something truly beautiful about this: the exercise you loved most as a child is also the most effective at keeping your bones strong as you age. So get jumping! (It probably keeps you young at heart as well.)

Naz Beheshti is an Executive Wellness Coach and CEO and Founder of Prananaz, providing tailored high touch, high tech corporate wellness solutions. She empowers executives and their teams to achieve greater well-being and tap into their highest potential for creativity, vitality, and success. She is a speaker and author of the upcoming book “Pause. Breathe. Choose.: Become the CEO of Your Life and Well-Being.”